Below find the full notes from Ekaterina Sedia‘s lecture on diversity, excerpted and/or paraphrased in the Worldbuilding chapter of Wonderbook. These are by no means Sedia’s only thoughts on the subject, but this gives you access to the source material.

Ekaterina Sedia resides in the Pinelands of New Jersey. Her critically-acclaimed and award-nominated novels, The Secret History of Moscow, The Alchemy of Stone, The House of Discarded Dreams, and Heart of Iron, were published by Prime Books. Her short stories have sold to Analog, Baen’s Universe, Subterranean, and Clarkesworld, as well as numerous anthologies, including Haunted Legends and Magic in the Mirrorstone. She is also the editor of the anthologies Paper Cities (World Fantasy Award winner), Running with the Pack, Bewere the Night, and Bloody Fabulous as well as The Mammoth Book of Gaslit Romance (forthcoming) and Wilful Impropriety. Her short-story collection, Moscow But Dreaming, was released by Prime Books in December 2012. Visit her website. 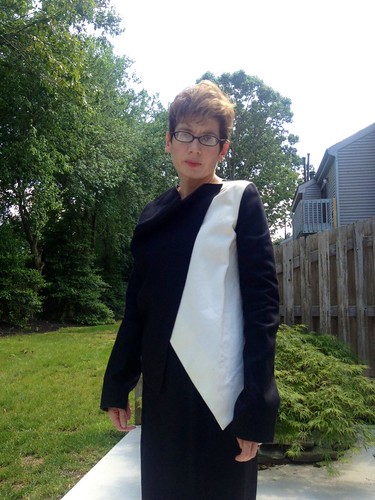 Why do we have to use other cultures in our writing?

b) In SF and Fantasy, there are too many uniform worlds already, despite fairly common tokenism.

a) Fantasy set in the primary (real) world – has to reflect the diversity of the real world; because of that, expect to do a lot of research about existing cultures. Have to be careful re: stereotyping, cultural appropriation.

b) Secondary (imagined) world – diversity increases plausibility. The same old pseudo-Medieval Europe is boring. Other cultures add variety, but with same pitfalls as before, especially if secondary world cultures are based on real ones. Remember – cultures have reasons for existing! Multiculturalism is:

ALWAYS a primary world, even if parts of it are made up – something that could plausibly exist in the universe as we know it. Can take place on Earth/Solar system, outer space, colonized planets.

Stereotyping is the most frequent problem – not just buying into the existing stereotypes, but creating new ones. “Dwarves are always surly and hardworking” does not, of course, have an effect in the real world (unlike stereotypes about actual cultures, which often negatively affect how minorities are treated by the dominant culture) BUT it will make your writing less authentic. Individuals can be quite different from each other, and can be at odds with dominant cultural values.

Not having sufficient reasons for customs/values/etc. Examples: often we see common Christian attitudes about sex (pre- and extramarital) transplanted into a society without religion. Likewise, a society in which men and women are equal but there’s a premium placed on female virginity does not seem plausible.

How do we create real diversity instead of faux diversity?

a) Difference of color

b) Difference of culture

IMPORTANT: Internal (within-group) differences are perceived as large, even though the same group could appear uniform if looked at from outside. From outside, even most diverse cultures may appear monolithic. Example: Zimbabwe has not only a white minority but a very significant Chinese minorities. Ghana – same thing. Most outsiders are not aware of it.

In most societies, there’s a mainstream culture with several minority cultures – a minority can be ethnic, cultural, religious.

African-Americans in the US – an obvious ethnic differences with the white majority but with a huge cultural overlap between them.

New immigrants – ethnic differences can be large or small or non-existent. An Eastern European immigrant would look similar to a white American, but the cultural gap will be huge.

Pakistanis vs Indians – ethnically appear similar, used to share a culture, but separated for religious reasons. Religious differences are often codified by clothing.

-Avoid one of anything (ie, single religion, single ethnicity, single country populated by a single ‘race’ etc.) Also avoids tokenism – one minority character among a large white cast, and NO minorities in the background.

Now, how do we write about cultures (real or imagined) different from our own  in a reasonable manner?

a) Native of the culture – most difficult, since there’s a different cultural default. Common mistake: imposition of writer’s own prejudices and values. When talking about our own culture, we do not notice the common things, only deviations form normal order/something unusual. Important: is the culture minority or dominant? Example: if the dominant culture is a violent matriarchy, a member of this culture will NOT be commenting on how overbearing a woman is, but rather would notice a woman who’s being submissive and weak.

b) Tourist or visitor – easier to write and to relate to (for writer and audience), since will be sharing cultural values with the writer. Will be describing things a lot, often unable to differentiate between usual and unusual, significant and not; may miss nuances and misinterpret things. Avoid the temptation to create easy conflict by comic mis-communication/stupidity. (Visitor is told not to do something, does it anyway, hilarity or trouble ensues).

c)       Conqueror or colonizer – the biggest potential for conflict and willful misunderstanding. Can be an interesting storytelling device; difficult to win over reader sympathies.

Religions: they must mean something and MUST affect daily lives. Cannot be reduced to a silly ritual that is occasionally performed and has no meaning in a larger context. Consider: monotheistic vs polytheistic religions; animism vs a supreme being…. etc. No reason to have a standard Christianity vs heathens conflict.

Cultural values. Can vary greatly. Things to consider: does a given culture value individual freedom OR common good? Equality OR some divinely chosen superior group? Is the political system sanctioned from outside (ie, a divine order) OR created by people?

Democracy vs Monarchy. If monarchy – absolute or constitutional? Are religious institutions involved with governing or separate from it? Etc.

Material culture. Barter? Is there a common currency – what is used and why? Has to be: portable, valuable, and keep well.

Food and other commodities: are they easy to monopolize or not? If yes, you have a setup for a very stratified society. Hunter-gatherers, where the resources are scattered and available to all, will not have a stratified (class-based) society. It is also unlikely to be polygamous – but in cases where the resources can be monopolized, polygamy would make economic sense (a second wife of a rich man might be better off than the first wife of a poor man.) Development of agriculture usually leads to stratification as well.

Trade: in our world, much of its exploration by Europeans happened when they were looking for new trade routes to bring in the spices from Asia.